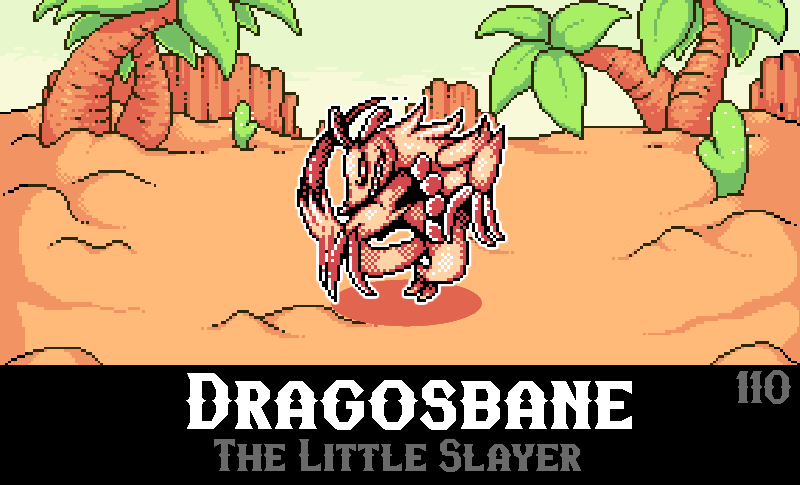 While Raptor Mountain is ruled by the formidable monster Raptor, and the lower levels of the mountain are populated by Canite, a frequent prey of Raptor, a rare third wheel exists in this dynamic, Dragosbane.

This 2ft 4in ball of fury is able to unleash such a fury of slashes and maneuvers that they demonstrate a coordination and reaction speed far outclassing that of mankind. Their claws appear to be naturally imbued with strands of precious silver and command a high price if one is brave enough to hunt this monster. Among their other natural gifts comes a mysterious vendetta against Raptor, which is odd considering their usual diet of small lizards and rodents.

If the shadow of a circling Raptor is seen high above the Canite by Dragosbane, it will quickly hide in waiting, anticipating the monster's descent. At the critical moment Dragosbane will leap from its hiding place and tear deep slashes through the beast in an impressive fury. Dragosbane seems to target critical points of Raptor's anatomy and combined with their unusual claws seem unnaturally proficient at killing the titan.