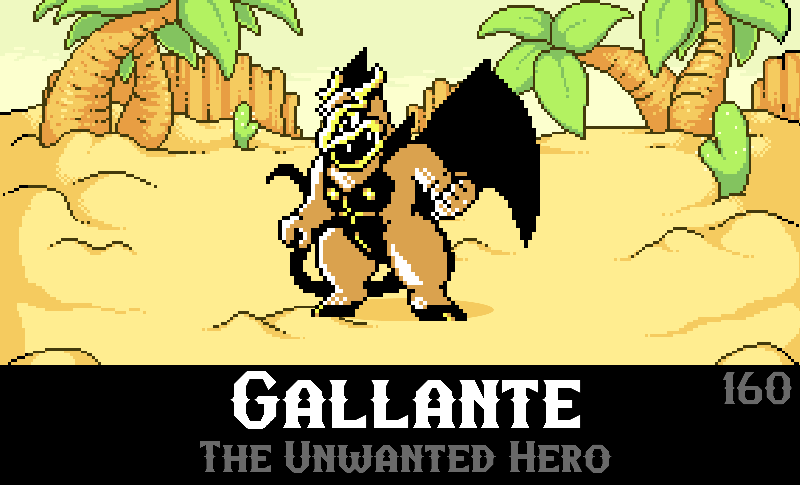 Gallante is unusual amongst monsters, it seems to take an avid interest in humans and quite likes watching them in wonder. They don't seem to grasp pacts very well and often agree simply for the opportunity to go on an adventure with their favorite animal.

It can take months of searching to locate a Gallante, however, they seem to come out of nowhere when tragedy is about to strike near cliff-sides.

There have been incidents such as bridges breaking, or horses getting frightened when a previously unseen Gallante will leap from the cliff-tops, soaring downward to save a human or animal from an untimely and tragic faith. Gallante can be over-zealous however, swooping down and grabbing someone that was simply looking down into a canyon.

There seems to be something off about its armor and wings - which have starkly different properties than this beast's body. Strangely still, fossilized Gallante bones have been located that show this creature was far larger in the distant past.