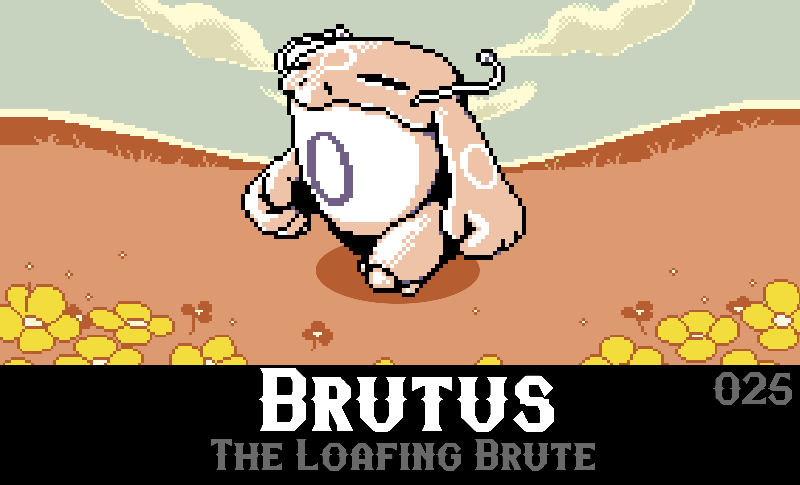 With no enemies in sight, Brutus will lounge peacefully in the grass, or against a tree. Small monsters that Brutus does not see as a threat may even rest in its presence as predator monsters understand the risk of approaching this brute.

However, when a human or potential enemy monster approaches, Brutus will spring to its feet, ready a solid stance and prepare for a brutal fight. Brutus's fists are blunt, causing their punches to exert an even pressure on contact. While the punches themselves rarely cause serious injury they can knock an enemy monster into the distance.

Recently there has been news of a large Brutus lounging on the road to Humanism Kingdom. Apparently the beast, even when approached by experienced tamers continues to lounge, seemingly seeing the fierce battlers as no threat at all. King Tenna is expected to take action soon to have the formidable menace removed.

Will Brutus make your team?
Top

It appears that Brutus has the same strength as Bifra's Punishing Petals. Just wondering if this is a typo or Brutus has a whacky hidden technique