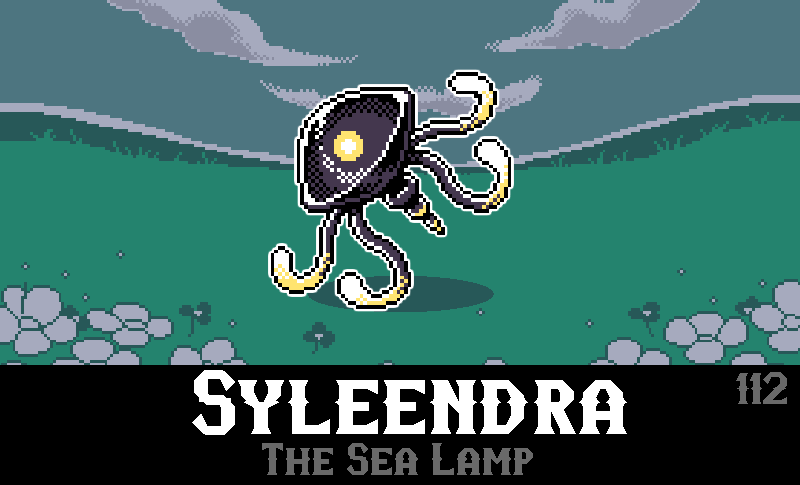 Several times a year, on the distant ocean, barely noticeable in the thick fog of the horizon a beacon can be seen floating above the waves.

Enigmatic, its light can be observed for several hours before disappearing into the mist once again. This strange phenomena is Syleendra. Largely an unknown monster, it is able to move freely between moving through the water, hovering above waves or land effortlessly.

Emiting a bright light from deep within its body it can stun opposing monsters. The harsh electrical burns imposed by its tentacles become even more hazardous when the creature begins its most powerful attack pattern, staggering the tentacles and spinning like a top. The bright and shocking display can incapacitate monsters within a 15 ft radius in the more mature members of the species.

Will Syleendra make your team?
Top

I like the looks of this dude... I think I got room on my Team for one!