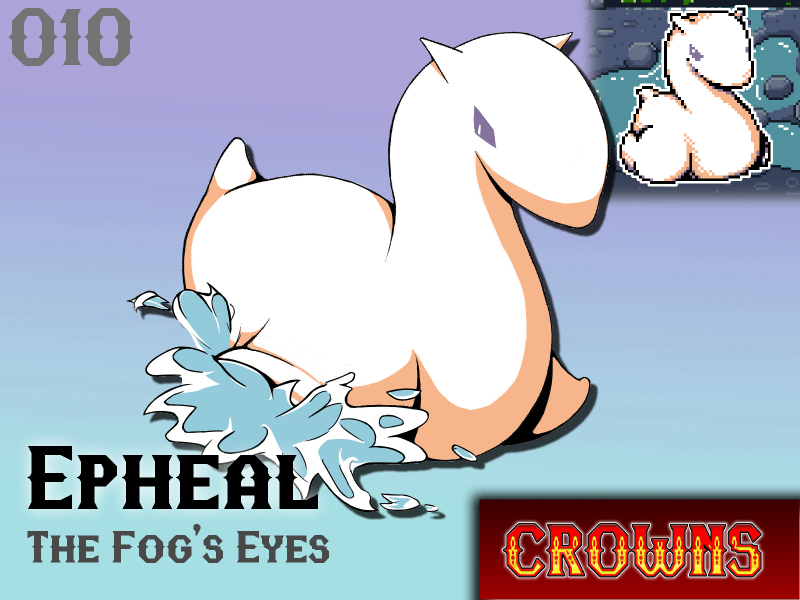 The residents of Crown Island have a deep-rooted fear of the sea.

When night falls, purple, glowing, gem-like eyes can be seen watching from the sea. The shadowy bodies of Epheal watch, obscured in a thick fog just beyond the coastline.

They stare unflinching, with a stillness that can make onlookers forget that they are in fact, living monsters. It is unknown why Epheal watches humanity in such a predatory fashion. They do not feast on humans as a food source.

It is, of course, well understood that the presence of Epheal spells death. They are known to lead boats into treacherous waters, and take pleasure in tormenting and drowning those lost at sea with an unusual cruelty.

Poorly understood, Epheal remains a mystery of nature at the present.