Chat about whatever you want - free-form style!
Post Reply
11 posts

Finally, it's time to introduce a new type of card - substitutes. They are meant to be used as a damage sponge, but in the new version of Fight Cards they will be made into items. Substitutes (or "Subs") have no attacks, but can soak up the damage like crazy! There are also "Both" types of cards, which are Subs that have a few attacks - these are rarely made and will no longer exist in the revamp, since it's really just a tanky Fighter... 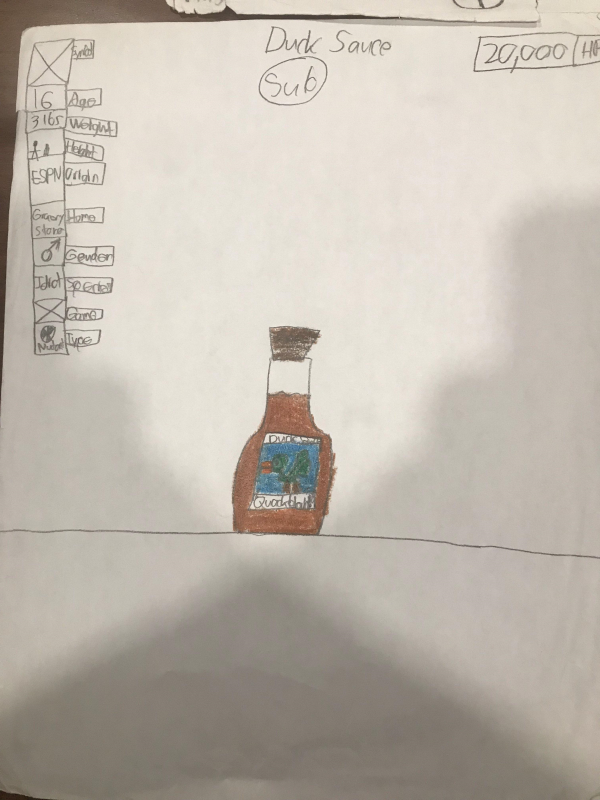 "A sturdy bottle of orange sauce, also known as duck sauce. This one is sapient and loves sports, but isn't all that bright...all he call say is the sauce's slogan of "Quackblah!"."

Oh boy, what a story this one has! I knew a student my age who had some physical problems named Tyler Drake in school. He loved sports and was overall a pretty neat guy, but man, did he ever complain about stuff! With one of my friends taking charge, we eventually started calling him "Duck Sauce", presumably because drakes are a duck term. Not sure where the sauce part came from, but he hated it regardless, though he did eventually stop complaining when he realized the name he'd be referred to as thereafter...

That's all the cards I have for now! I'll be posting more soon!
Hi! I'm the creator of the DLC monster Hauntremolo!