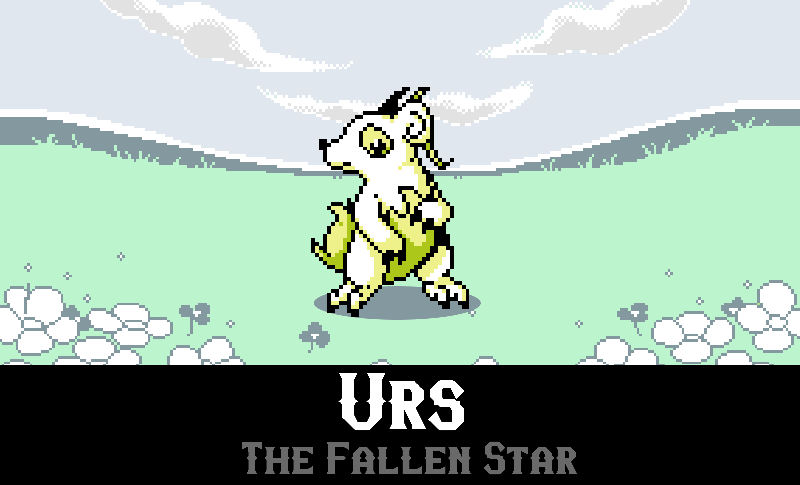 Urs is a monster that is rumored to exist, described in several ancient books of dubious origin that have been found on Crown Island. The books tell of past events in detail that seem to contradict the known history of mankind. The authors remain unknown but seem to have collaborated, perhaps codifying some deeper meaning beyond the literal.

Each of these books however touch on "the gift" of Urs. Urs is said to spend its days behaving as any typical monster would, foraging for food, seeking shelter and leaving markings in the hope of locating others of its kind. While the books seem to describe Urs in different ages, apparently the creature "shall never find kin" and is stranded "very far from home".

By far the most remarkable feature of Urs however is how it reacts when attacked. Urs's fur will begin to glow, and the stars will dim and strobe. Urs will seemingly pull energy from the heavens, enveloping itself "in the soul of a star". While in this state Urs's power multiplies, giving it more than enough power to protect itself from any foe, a foe which is said to be now dazed from "an unreal sky above".

Will Urs make your team?
Top

Seems like a cool dude... I think I can make room.