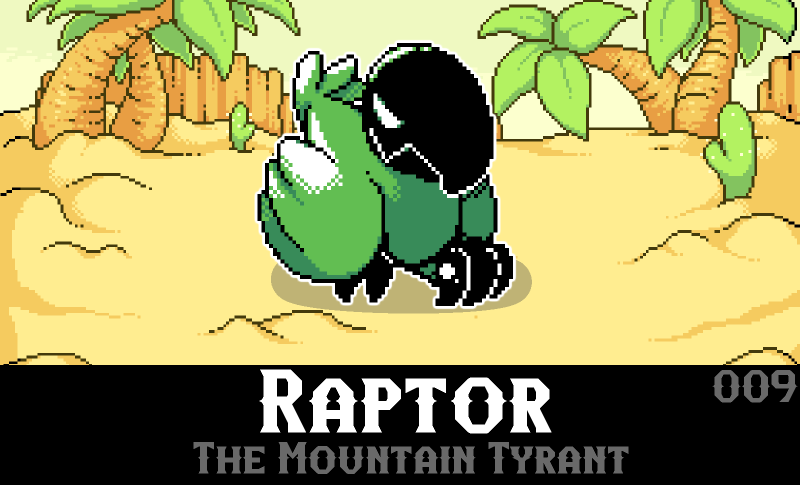 The namesake residents of Raptor Mountain, the highest point on Crown Island, are Raptor. Able to soar high above the clouds, they have been known to capture and feast on Storklift on occasion. The younger broods will feed on the plentiful Canite that litter the lower levels of the mountain.

Raptor's strength and size leave it with very few natural foes. Despite Raptor primarily hunting on their own mountain, the Desperado Province and the Wetland Province, Raptor's shadow has been shown to strike fear into monsters as far away as northern Flowering Province.

Seen by very few, their elder appears ancient and is rumored to have the ability to speak directly into the mind of humans. Raptor have been around for eons - they may very well be the first monster, but more research is needed.

Will Raptor make your team?
Top