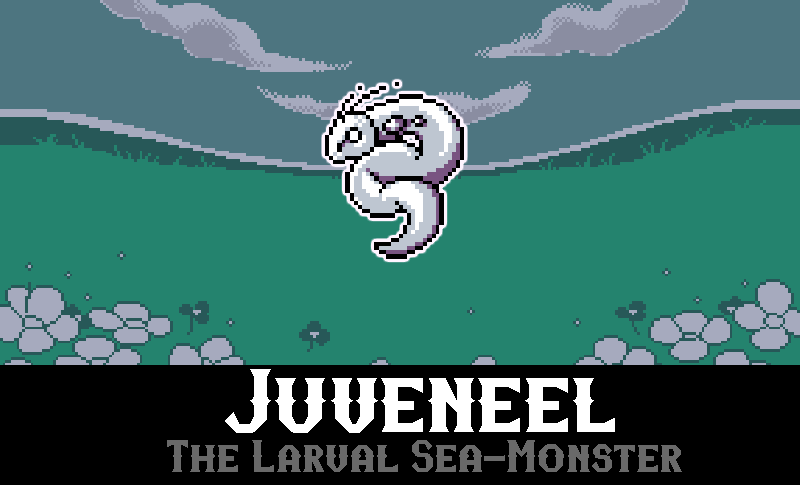 For anyone both brave and foolish enough to take a boat out into the wild oceans beyond Crown Island, those that escape the Epheal will find themselves floating within a thick atmosphere of mist that appears endless.

A gentle knock can be heard to anyone listening attentively... then another... and another.

These knocks will only grow in frequency and intensity, caused by a feverish swarm of Juveneel gathered below the boat. Using their steel-like flesh, they'll hammer away at the boat until it gives way to the waters. Thankfully for the would-be sea goers, Juveneel seem disinterested in humans once they have properly identified exactly what they are found, however, the rapid movement of their trailing, glowing eyes in the dark sea often serve to disorient the ambitious explorer.

Now thoroughly disoriented, the explorer is free to be detected by an Epheal or, if they are lucky, swim until their energy runs out alone in the hostile sea.

Will Juveneel make your team?
Top

I'm more a Quality over Quantity type, but experimenting with this Monster could be interesting...
Top
Post Reply
2 posts • Page 1 of 1