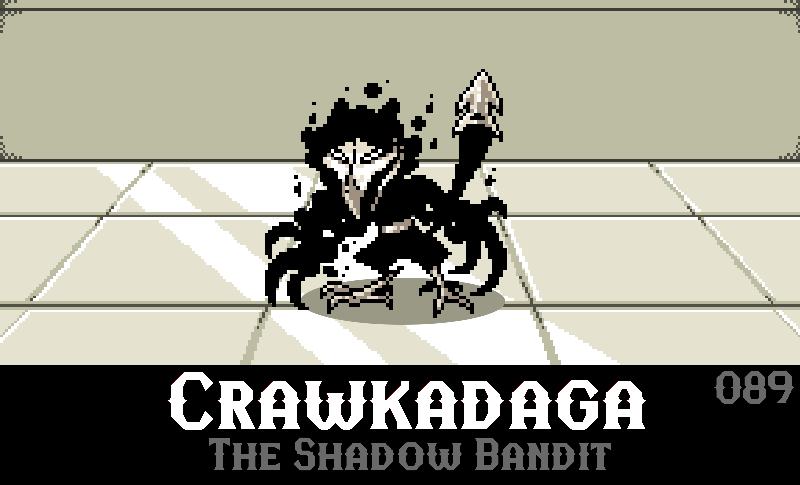 This monster is frequently used by one of the underworld groups of Crown Island.

Manipulating its shadow-smoke-like body, it can slip through cracks and corners barely wide enough for the hard, sharpened components of its body to fit through. Dwelling in the shadows, often in small groups, a group of these monsters are as fierce as they are frightening. Their claws, tails and beaks are sharp enough to expertly slice flesh from bone with ease, often making them more than a match for monsters of a similar strength level.

The rarity of Crawkadaga, trend of being used by criminals along with their habit of travelling in small, murderous groups have earned this monster a negative reputation.

Will Crawkadaga make your team?
Top

Maybe I could wipe out those bad guys with their own fav Monster... >:D
Top
Post Reply
2 posts • Page 1 of 1