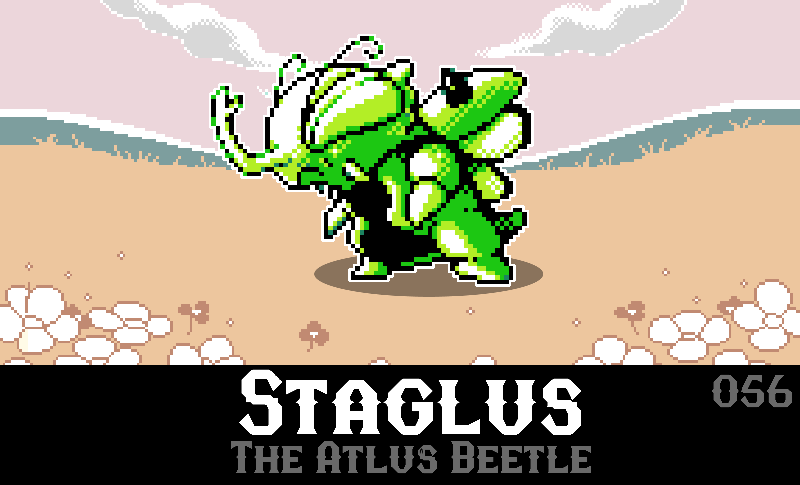 Legends on Crown Island tell of a Staglus that holds the entire earth with its herculean horn. It is the only beast that can handle such a burden.

Flying over the lands of Crown Island in small troops, these formidable beasts generally avoid humans but seem to have no problem making their flight-paths cross human territory. Difficult to challenge, it is unknown where they nest.

While some tell tales of seeing this monster emerge from the ground in incredibly rigid, large cocoons, these stories are frequently met with skepticism as no remains of the cocoons have ever been presented to knowledgeable monster breeders.

When young they have serious tempers, but they seem to mellow as they age.

Will Staglus make your team?
Top

Flying Tank? Totally worth my attention.